You are viewing an old version of this page. View the current version.

The structures inspector mobile app has been enhanced to allow inspection teams to record notes from the field which include, inspection day log, personnel present for the inspection and information needed to access the structure being inspected. This version also includes additional capabilities to flag creation.

Field notes have been added so users can document the following information: 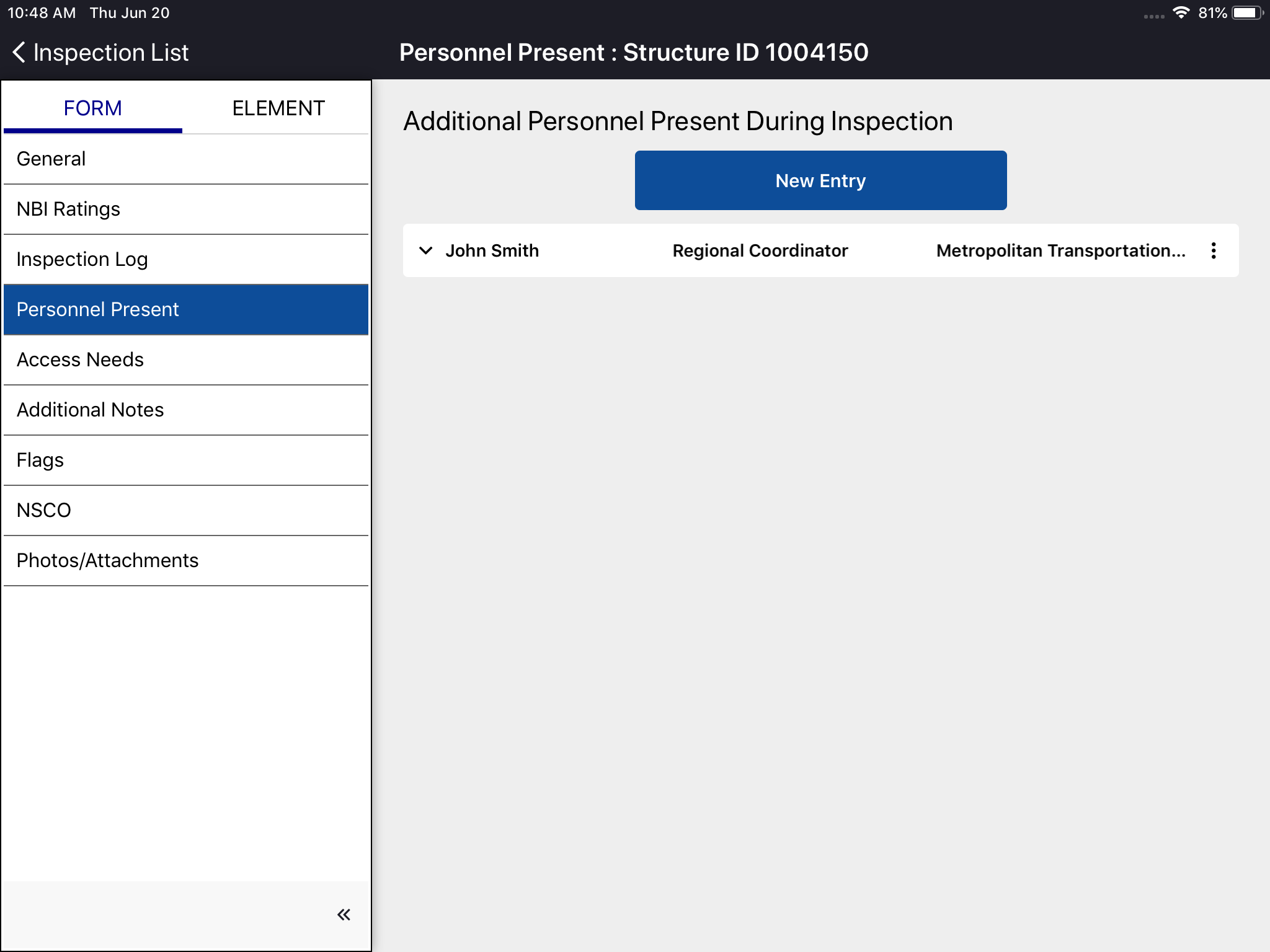 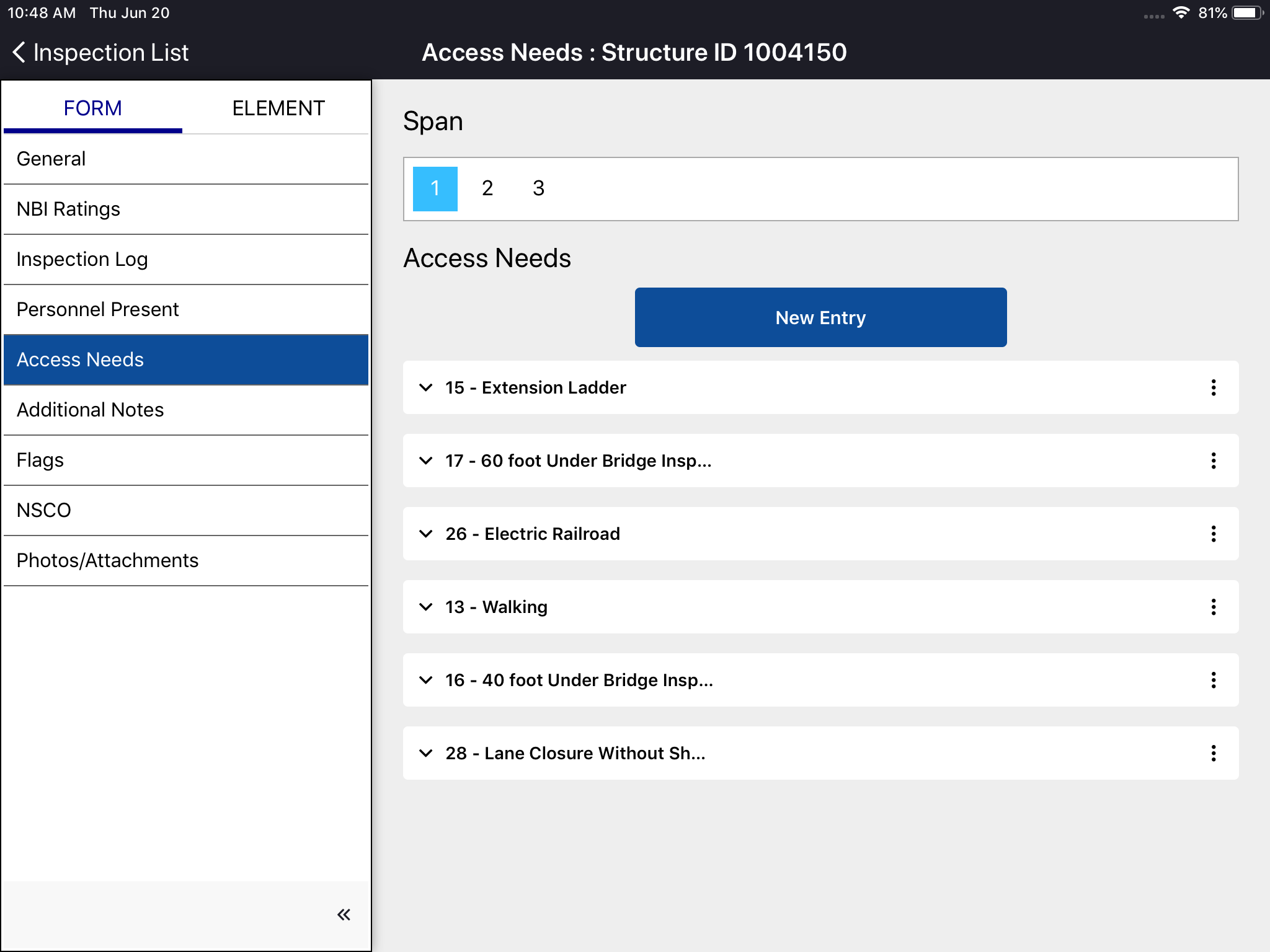 Improvements to flag creation include the ability to select existing flags that the new flag would supersede as well as business rules for validating required fields and auto-population of certain field based on the allowed value.

Work Manager users will now be able to copy Day Cards from one day to the next. There is validation in place to ensure that data already entered into the Day Cards isn't overwritten or duplicated during the copy forward process.

Note: A day card is always a transaction noting the usage of one resource (labor, equipment or material) on a single work date. Need to be careful to convey this. What is changing is the ability to batch create multiple day cards at once.

There is now a user-friendly interface that validates the data on the day card and provides a green check mark when the data is valid and ready to sync.

When selecting a Material Item, the app now provides users with the following information:

Related Labor, Equipment, and Material rows in both the Short Lists and Assigned panes of the Work Orders window are now highlighted if the corresponding item on an Labor, Equipment, or Material day card is selected in the Day Cards pane.

System job has been created that calculates dates and sets them for bridges.

Note: Bridges currently in Edit, QA, or QC status, will have the Next Diving Inspection Date blank. The value is available in the Bridge Inventory Active window. All future bridges sent to Edit will have the field correctly populated.