With this release bridge inspectors can now use Structures Inspector to simplify their inspection workflows and improve their productivity. They will now be supported by location mapping and built-in data validation to eliminate errors, painful rework, and repeat trips out to inspection sites. Additionally inspectors can capture, annotate, and attach photos and sketches using built-in functionality to keep all inspection data in one place. 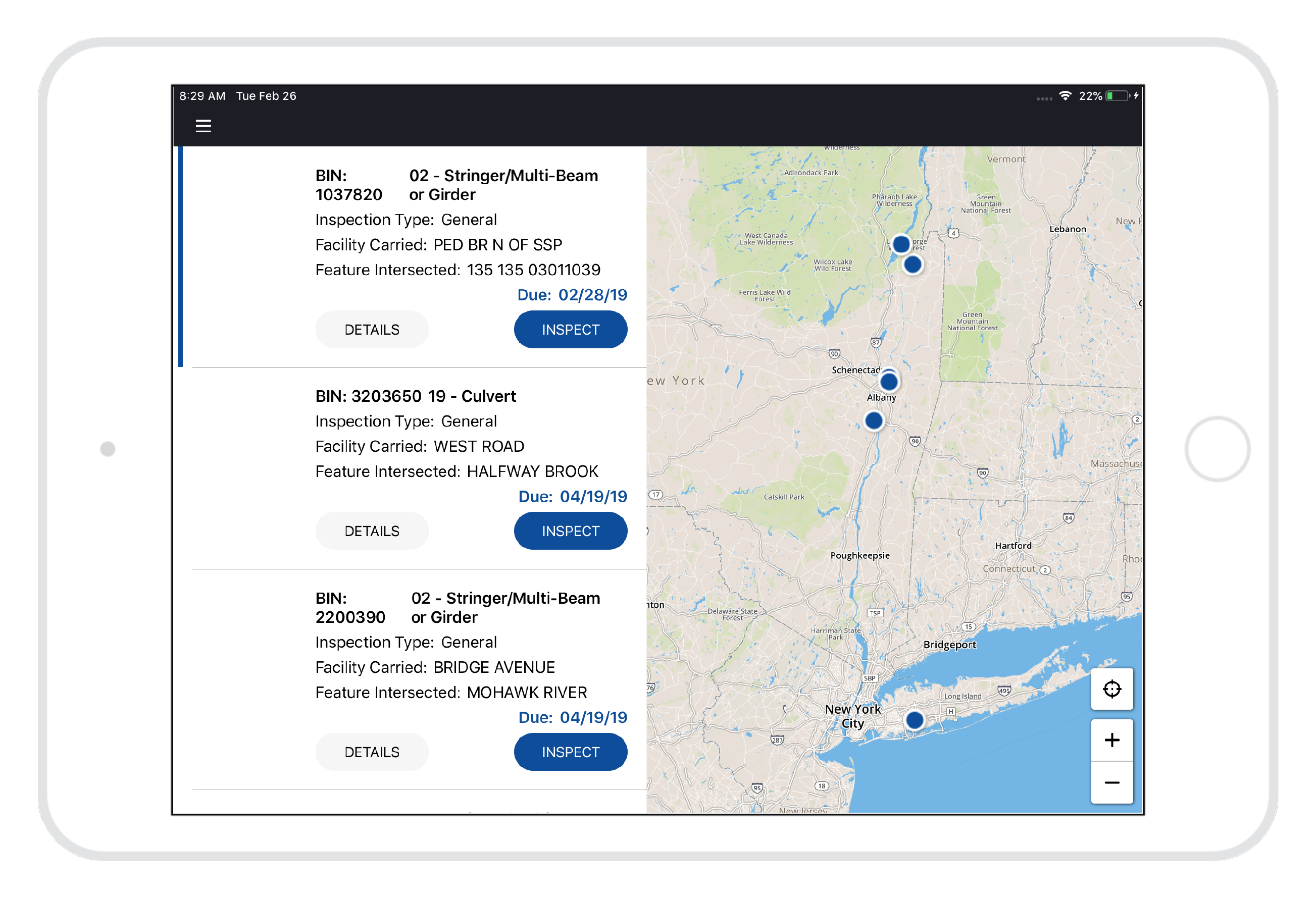 The new structures inspector app for the collection and recording of inspection findings for bridges and large culverts, improves the inspection process for inspection teams out in the field with the following capabilities:

Work Manager has also been improved with new capabilities for field personal to conduct assigned or impromptu asset inspections in the field along with the powerful ability to collect and add assets discovered and installed across the network directly through their mobile device. This removes the need for paper based or 3rd party data collection and inspection methods to keep the field better in sync with the office management team reducing data duplication and inaccuracy.