The system produces a wide range of deterministic models for groups of similar pavements. The software is highly flexible in terms of allowing these models to be developed and analyzed automatically as well as visually examined for their accuracy and reliability. User-defined models are also allowed to supplement cases where the data is inadequate to develop statistically valid models.

The general methodology for building performance models in the system is:

Several data elements must be configured before models can be specified:

A performance class (model group) is defined for each combination of the values of the activated performance class variables. For example, if you have AADT and Functional Class as Performance Class Variables, and there are eight functional classes defined and three levels of traffic, then this produces a combination of 8 x 3 =24 groups for creating models and results in a matrix of groups as shown in the table below.

This window shows the decision process that determines what deterioration model to use for a particular type of section. "Type of road" means not only the type of road and how the road section is constructed, but also the condition attributes associated with that road section. Decision trees consist of parent nodes, child nodes, and the branches between them. The nodes are shown as boxes and the branches are the lines connecting the boxes. A parent node requires a user-selected decision variable and user-defined values to distinguish, and branch to, the parent's child nodes. The decision variables that may be used are selected in the Performance Class Variable column in the Setup PMS Analysis Columns window.

Each node of the tree represents the point at which a decision must be made. The tree then branches depending on the result of the decision. The user selects what decision variable is to be used in making the decision as well as the values for that variable that cause the different branches from the node to be selected. The tree is read from left to right, with the leftmost node representing the most general and the rightmost nodes the most specific. Out of the box, the system comes with a default model structure by Pavement Type and AADT level. 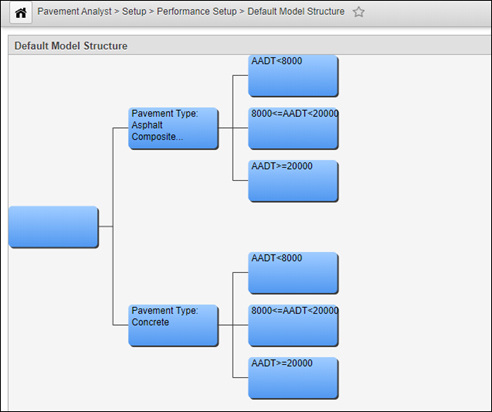 In this example, we add to an existing node by performing the following steps;

Only parent nodes have parameters. These parameters determine which path through the decision tree is followed depending on the conditions encountered in the performance model.

In this example, we set the parameters for a parent node by performing the following steps: 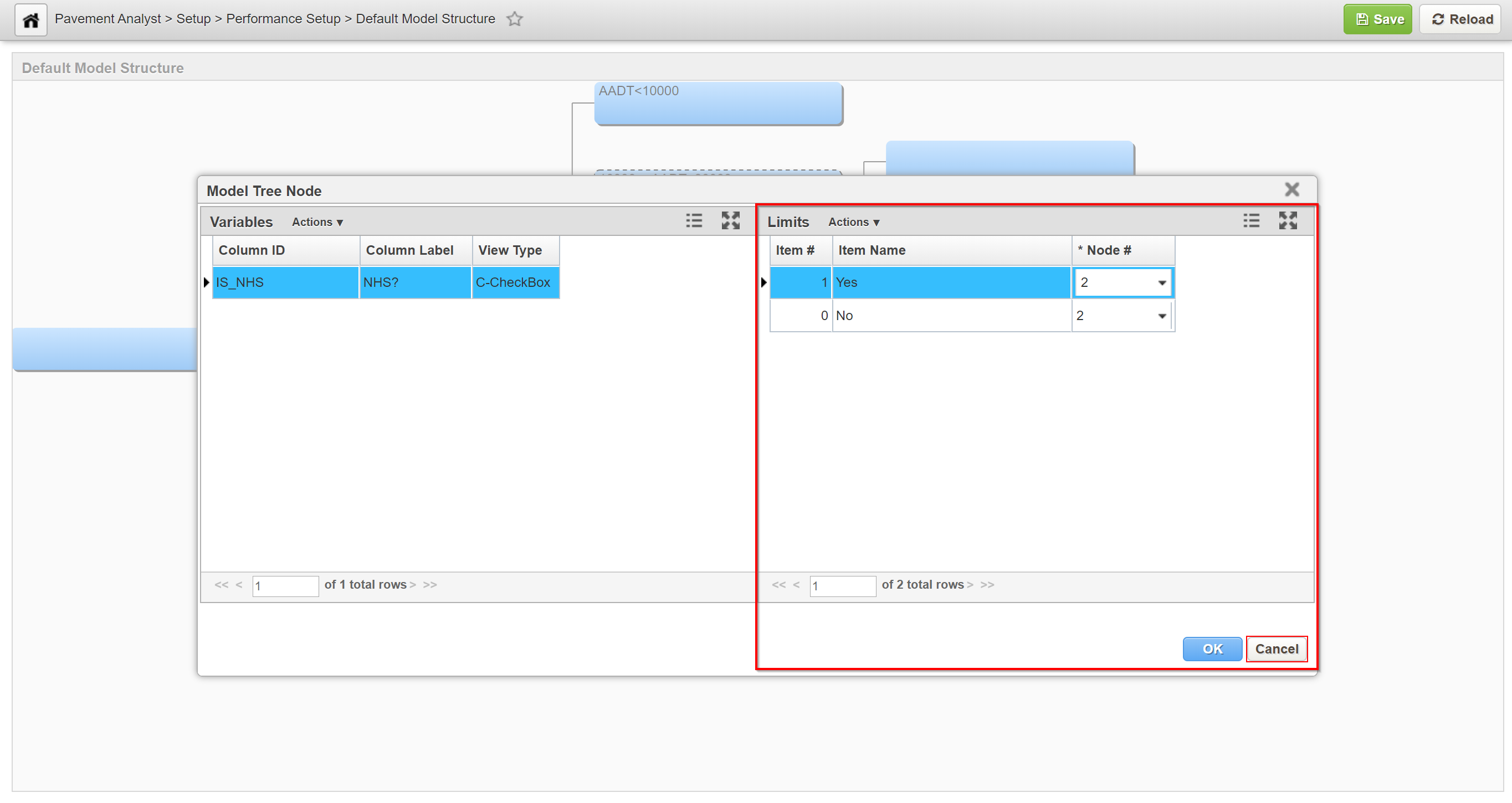 4. In the left pane of the dialog box, click the decision variable that you want to use.

5. If the selected variable is configured to have numeric values, in the first row of the right pane, click in the Node # column drop-down of the first row. Select the value for the threshold when the next child node will be activated. If necessary, repeat this action for any additional rows in the table (other than the last row, which is not assigned an upper threshold). Below is an example. 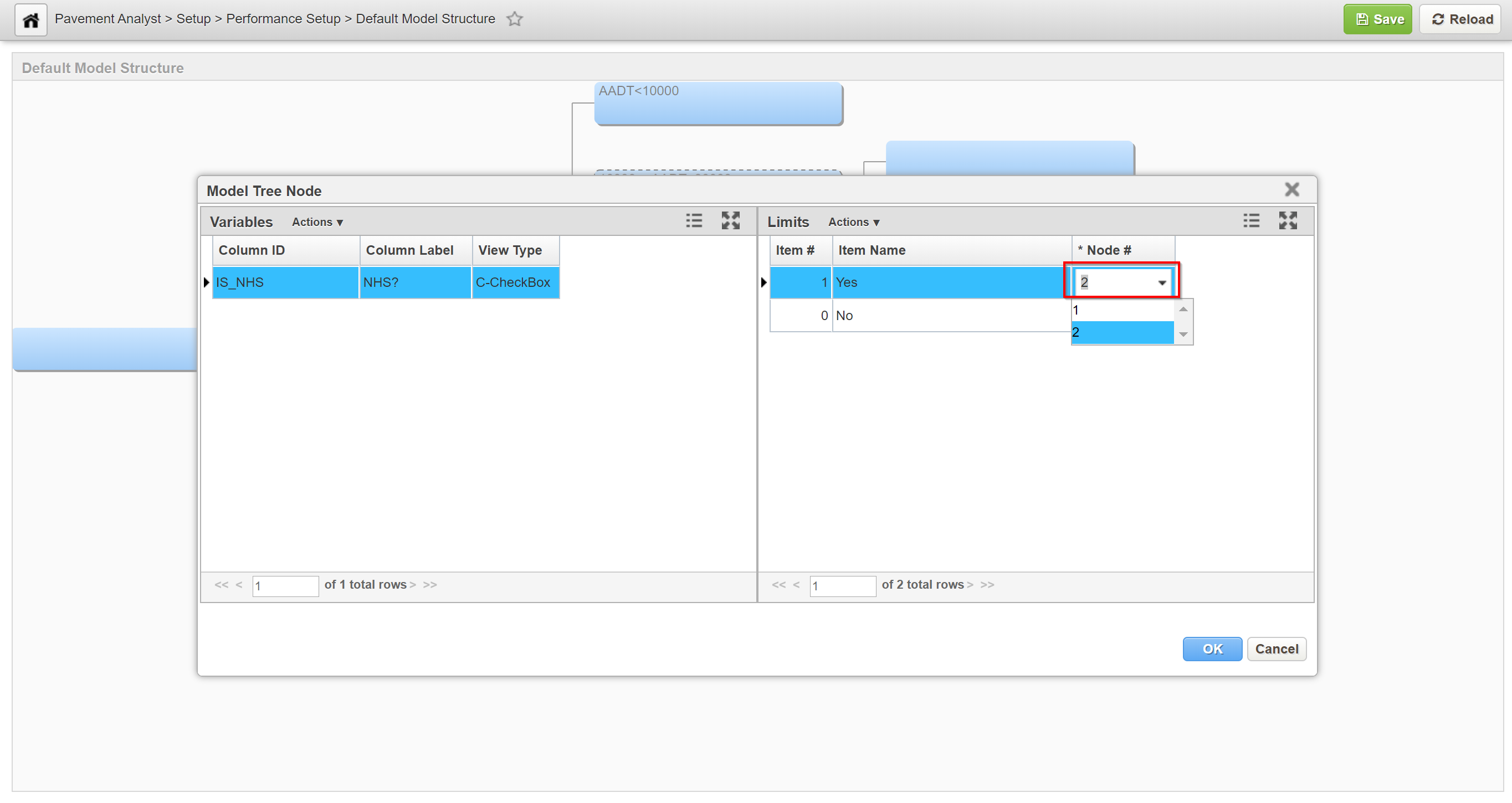 7. When all values are assigned, click OK to close the dialog box and save the new values.

Only child nodes can be deleted. In addition, if the deletion of a child node leaves the parent node with only one child node, then the other child node will be deleted as well.

In this example, we delete a child node by performing the following steps: 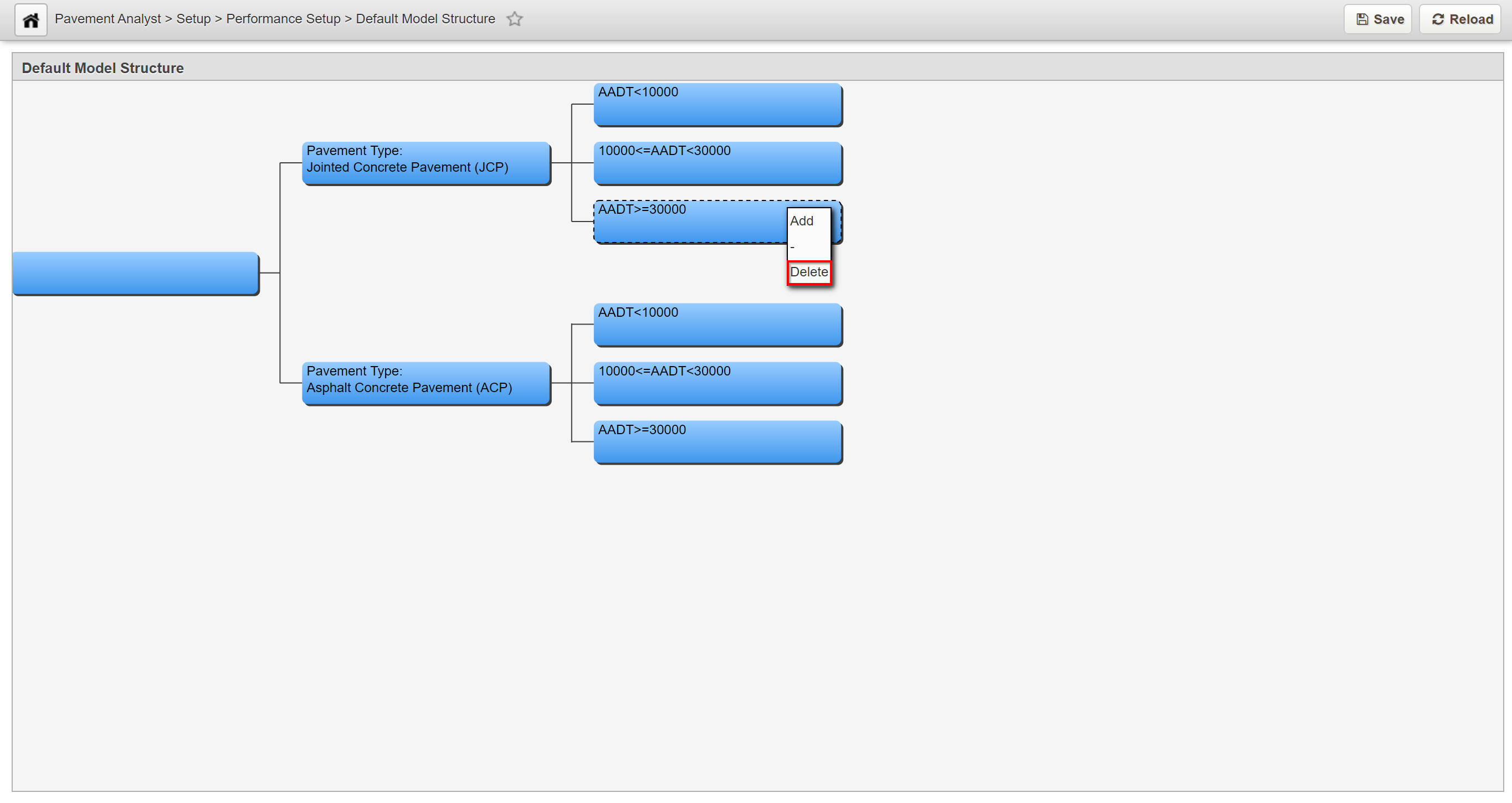